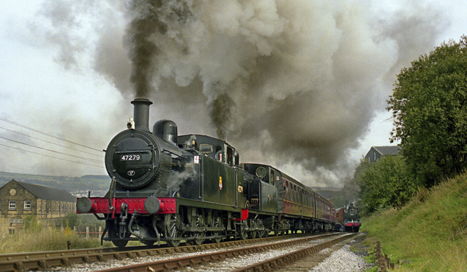 West Yorkshire Through The Ages

This tailor-made package includes executive coach travel throughout the holiday and from three nights’ accommodation on a half board basis at a 3* or 4* hotel in Yorkshire to suit your group’s requirements. The content of your preferred itinerary will be discussed with you at the time of enquiry.

Day 1 - Calke Abbey (NT) is the second largest house in Derbyshire and was built in 1703 for Sir John Harpur. In the 1980`s it was acquired by the National Trust and some of the rooms had remained untouched for nearly 100 years. They have been carefully restored, but left as close to what they were when the trust took over. The Victorian clutter remains and the Drawing Room, the Great Salloon and other rooms are as they were, when Calke Abbey and other great houses, were in Victorian times. Collections of birds, paintings, ornaments and family photographs dating from this period and earlier, sit amongst peeling wall paper and paint, seeming to wait for the family to return. Calke Abbey stands in its own large beautiful park, with gardens, a chapel, a 19th century ice house, stables and a carriage collection.

Day 2 - The Bronte village of Haworth with a visit to the Bronte Parsonage. The Brontes moved to Haworth from Thornton in 1820 where the Reverend Patrick Bronte was appointed Curate of Haworth.  They lived at Haworth Parsonage from 1820 to 1861 which is now the Bronte Parsonage Museum. Charlotte's novel Jane Eyre (1847), Emily's Wuthering Heights (1847), and Anne's The Tenant of Wildfell Hall (1848) were written while at the Parsonage. The Keighley & Worth Valley Railway Line was built in 1867 by local mill owners. British Rail closed the branch in 1962 and the line was reopened in 1968 and has been owned, operated and managed entirely by volunteer members of the Keighley & Worth Valley Preservation Society ever since. The Railway Children starring Jenny Agutter was filmed at this railway station. Saltaire near Bradford was named after Sir Titus Salt who built a textile mill and this village on the River Aire.  It is a complete and well-preserved industrial village of the second half of the 19th century. Its textile mills, public buildings and workers' housing are built in a harmonious style of high architectural standards and the urban plan survives intact, giving a vivid impression of Victorian philanthropic paternalism. In December 2001, Saltaire was designated a World Heritage Site by UNESCO. Harewood House is home to the Queen's cousin, the Earl of Harewood, and a Freedom ticket will give you access to the House with its outstanding art collections, splendid State Rooms, the fascinating 'Below Stairs' exhibition and the spectacular grounds, which include formal gardens, gentle woodland walks and Bird Garden.

Day 3 - Salford and the Quays area where we start with an included guided tour of BBC Media City, based on staggered timed visits. The BBC's home in the North of England is one of the most ambitious projects in the BBC's history, so you can take a peek behind the scenes. This is now home to a whole host of BBC channels and programmes including favourites such as Match of the Day, Blue Peter, Dragons' Den, BBC Breakfast, Radio 5 Live and the BBC Philharmonic Orchestra, to name just a few. Their well-informed Tour Producers will entertain and surprise you and will make sure that you see the most interesting areas available on the day of your visit, as well as giving you a fascinating insight into how TV and radio work. You will also have the chance to take part in your own television production in our interactive studio. The Imperial War Museum North is housed in a stunning building designed by world-famous architect Daniel Libeskind and which exposes the peerless collection of the Imperial War Museum to the people of the North-West. At the Lowry Art Centre you can experience Lowry's unique style and personal vision which set him apart from the major art movements of his time. Lowry Favourites brings together a selection of works from the Lowry Collection, which includes over 400 paintings and drawings, alongside important loans from public and private collections around the UK. The Lowry Outlet Mall is an ideal destination for group travel where you can enjoy shopping for bargains at over 80 outlet stores, from fashion and footwear, home-ware to gifts and much more.

Day 4 - A half day guided tour of the Yorkshire Dales (Calendar Gils Country), which will take in many of the pretty towns and villages of the region, with plenty of photo opportunities available. Harrogate and Harlow Carr Gardens or the RHS Spring Flower Show. The Harrogate Spring Flower Show is regarded by many as the start of the UK's gardening show season. Flower Halls 1 & 2 are home to over 100 of the country's leading horticultural nurseries, all exhibiting and competing for 'Best in Show' and the NEHS Trophy. All the nurserymen are experts in their field and are happy to offer specialist advice.

Day 5 - The National Coal Mining Museum for England provides a unique opportunity to travel 140m underground, down one of Britain's oldest working mines. Situated in a rural setting, it offers an unusual combination of exciting experiences, whilst providing a genuine insight into the hard-working lives of miners through the ages.