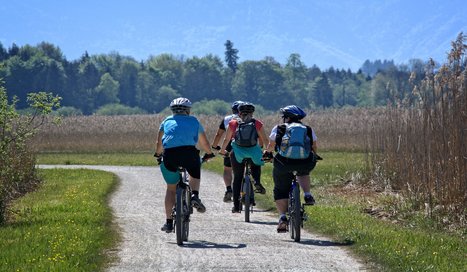 These long-distance itineraries allow you to travel across the stunning region of Southern Belgium following set routes through an ever-changing and stunning landscape. The regional long-distance routes mainly follow the greenway sections of the RAVeL routes. Eight itineraries are already fully usable along the entirety of their course, and Wallonia is working to extend the number to ten in the near future. These regional long-distance routes form a structured network that permits cyclists to move safely around most of Wallonia.

Itinerary W0, The route of the capitals
This itinerary is the same as the EuroVelo 5 route.
Distance: 240 km.
Belgian towns and cities along the route: Brussels, Wavre, Namur, Dinant, Ciney, Marche-en-Famenne, La-Roche-en-Ardenne and Bastogne.

Itinerary W5, From one valley to the next
Distance: Currently 111 km, 264 km once completed.
Towns and cities along the route: Hoegaarden, Namur, Dinant, Givet (France), and, once completed, Gedinne, Vresse-sur-Semois, Bouillon, Florenville and Martelange.

Itinerary W6, Following the rivers
Distance: Currently 170 km, 208 km in the futur.
Belgian towns and cities along the route: Chaudfontaine, Huy, Namur, Charleroi, Thuin and Erquelinnes. In the future an extra section to the east will link up Eupen - Verviers with Chaudfontaine.

Itinerary W9, The life-sized Véloroute
Distance: Currently 157 km.
Towns and cities: Raeren, Monschau (Germany), St. Vith, Gouvy, Bastogne and Martelange. In the future a 212 km section towards Arlon - Virton will be added to the route.

For more information & packages for groups of cyclists who are interested in exploring this unique area, contact our dedicated team to discuss your requirements.