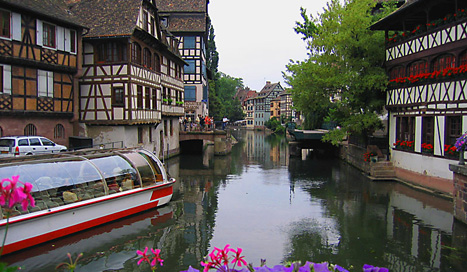 This tailor-made package includes executive coach travel throughout the holiday and from four nights’ accommodation on a half board basis at a 3* or 4* hotel in the area to suit your group’s requirements. The content of your preferred itinerary will be discussed with you at the time of enquiry.

Day 1 - You travel via Channel ferry to Reims and check in to your hotel.

Day 2 - Moet & Chandon, Epernay & Reims - Take a 1 hour visit to Moet & Chandon, including 2 flutes of champagne. Explore Epernay at your leisure. It has 35 Champagne houses, which form a true architectural and historical heritage of the city. Set at the heart of the vineyards and forests, bordered by the Marne, the city boasts a remarkable natural environment and a real quality of life. The afternoon is at your leisure to explore Reims. 32 French kings received their crowns in Notre-Dame Cathedral. This masterpiece of Gothic art, built between 1211 and the end of the 13th century, boasts stained-glass panels by Marc Chagall. The former Benedictine Abbey of Saint Remiboasts a Romanesque, 12th-century nave, tranquil cloisters and the sepulchre of Archbishop Saint Remi (440-533). And the former archbishop's palace, the Palais du Tau, was almost entirely rebuilt in the 17th century and has impressive ornamental gardens.

Day 3 - Metz - Discover the city’s secrets via the city trail, visit one of the museums, or take a mini-train or boat ride where you will see the city from a different angle. We will leave for Strasbourg mid-afternoon, where we will arrive at the hotel with time to freshen up before dinner.

Day 4 - Strasbourg - With its monumental cathedral carved like a piece of lacework, Strasbourg is one of the most beautiful cities in Europe. Due to the richness and density of its heritage, the entire city centre has been classified World Heritage by UNESCO. Recommended attractions include the cathedral, the Kammerzell House, the Petite France quarter, the church of St-Thomas and of course the European institutions. For lunch, traditional Alsatian specialities such as sauerkraut, baeckeoffe, flambé tart, spaetzle and foie gras can be enjoyed in the 'winstubs', local Alsatian taverns known for their friendly atmosphere.

Day 6 - Eperlecques Bunker - This is the largest bunker in the north of France, where in 1943, the Germans decided to build a V2 launching base. As the tide began to turn against Hitler, he approved a programme of secret weapons to be constructed in Peenemünde. Designed by Werner von Braun and constructed in Dora by prisoners of war, the “weapons of retaliation”, the V1 and V2 rockets, were intended to bring the allied forces to a standstill. The Eperlecques Bunker is a testimony to this past. Located at the edge of the Eperlecques forest, this enormous edifice containing 360,000 tonnes of materials, standing 22m high and covering 1 hectare, represents a real technical feat of engineering. Following a stop at a French hypermarket, you make the return Channel crossing back to the UK.

With all packages we supply a tailor-made flyer to assist in the promotion of your group holiday, along with a booking form which provides us with all the details we require from each participant