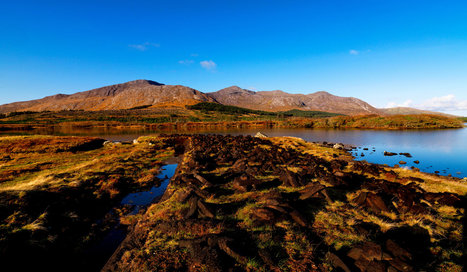 Sample Itinerary
Day 1 – Arriving in Ireland you will be met by your private coach for the transfer to your hotel. Dinner included.

Day 2 – A full day tour including the 214m high Cliffs of Moher, with an 8km cliff face, where we visit the state of the art ‘Atlantic Edge’ interpretive centre. The ATLANTIC EDGE is an exciting visitor experience housed at the centre of the underground building a huge domed cave contains images, exhibits, displays & experiences that will delight young and old alike. Visitors enter via a viewing ramp which provides access for all to the main dome. You will walk on water as you enter and follow the birds’ feet from there. The dome is organised into four principal themed areas exploring different elements of the mighty Cliffs of Moher: Ocean, Rock, Nature and Man. An aerial tour entitled The Clare Journey will appear on a central screen and the tour then continues from the central dome via a winding tunnel that evokes the many caves of the area to a theatre housing a virtual reality cliff face adventure – The Ledge. This afternoon we travel inland to the limestone region of the Burren making a stop at the village of Kilfenora which is famous for its High Crosses located in the 12th Century monastery and is the location for the Burren Centre. This exhibition takes the visitor on a journey through time when this area lay beneath a warm tropical sea. Continuing through the heart of the Burren region, an area home to an extraordinary number of archaeological sites, none are more important than the Poulnabrone Dolmen dating back to over 5,800 years! Having made a short stop at the Dolmen we return to the hotel. Dinner included.

Day 3 – Today you can choose between a day in the City of Galway, Ireland's fourth largest city or enjoying a day excursion to the Aran Isles for a glimpse of the real Gaelic Ireland. These islands sit on the very edge of western Europe and draw visitors from far and wide to see their unique beauty, culture, history and heritage. We will visit the largest of the three islands, Inish Mór, which is just 12km by 3km in size and has a population of about 900 people. It is one of the most popular island destinations in Ireland and is of huge historical interest, as it has over 50 historic monuments dotted all over the island, the largest and most impressive being Dun Aengus.
If you choose Galway – a guided walking tour is recommended during which you will learn about Galway's history, culture, music & eating and drinking. Following a 450 year-old map, relive the gripping history, see the beautiful sights, learn some Irish (Gaelic), laugh at some tall tales, learn about the city’s vibrant music and arts scene… and maybe even find out where to get the best pint! Returning to the hotel your evening meal is included.

Day 4 – Today we start by visiting Aillwee Caves which are Ireland’s premier show cave. Discovered in 1944 by Jack McCann, a local farmer, this 300m long cave is one of the oldest of the Burren Caves having formed millions of years ago. It is perched high on its Burren terraced mountain side with what has to be one of the most spectacular views of Galway Bay and is a must see for all who find themselves in the area. The Burren is a place full of wonder, beauty and discovery. Expert guides will accompany and inform you during your leisurely tour, a 30 minute stroll through the beautiful caverns – over bridged chasms, under weird formations and alongside the thunderous waterfall, which sometimes gently sprays the unsuspecting visitor! Marvel at the frozen waterfall and explore the now extinct brown bears bones (ursos arctos). At the cave complex you can also watch cheese being made in the dairy and then sample the scrumptious homemade fudge and choose a selection of jams, chutneys and pickles all lovingly prepared in the Farm kitchen. There will be a little free time in the town of Ballyvaughan before visiting The Burren Smokehouse, a family-run business set up in 1989. This visitor centre was established in 1995 to create a window for their products, predominantly salmon but also other local gourmet products and crafts. The centre has become a popular tourist attraction in the North County Clare area and welcomes over 30,000 visitors from all over the world each year. Dinner is included at the hotel this evening.

Day 5 – Today we travel to Limerick and visit King John’s Castle dating from the 13th century and is located on King’s Island in the heart of medieval Limerick. The Castle overlooks the majestic River Shannon offering wonderful views of the city where you will discover history at its best and learn about life in Norman times. Explore 800 years of history, brought to life in the imaginative historical exhibition, excavated pre-Norman houses, fortifications, siege mines, and the battlement walks. King John, as “Lord of Ireland” minted his own coins and the Royal moneyer would have struck the coins in the Castle mint. The sights, scenes and sounds of the Castle and its environs all combine to recreate the atmosphere of the era. This afternoon we continue onto Bunratty Folk Park where 19th Century Irish life is vividly recreated. Set in 26 acres, the impressive park features over 30 buildings in a ‘living’ village and rural setting. Meet and chat with the Bean an Ti (Woman of the House) and various street characters including the Policeman and Schoolteacher who give the site its sparkle. Enjoy the tastes, scents, sights and sounds of this enchanting place as you stroll from house to house or around the charming village complete with school, post office, doctors house, hardware shop, printers and of course the pub! This folk park is a living reconstruction of the homes and environment of Ireland of over a century ago. Rural farmhouses, village shops and streets are recreated and furnished as they would have appeared at that time. The houses and shops have been chosen from many different areas to form a collection of typical 19th-century urban Irish buildings. Traditional jobs and crafts are also represented, milling, the forge, pottery, printing, baking, farming etc. Another interesting feature is the formal Bunratty Walled Garden modelled on the original Regency period garden, which supplied fruit, vegetables, and flowers to Bunratty House. Dinner is included tonight.

Day 6 – Today we travel to the distinct region of Connemara located to the north west corner of County Galway. Connemara's breath taking landscape is a mixture of unspoilt rivers, lakes, woodlands, rich meadowlands, rugged hills, dramatic mountains and stunning coastline of sandy beaches and crystal blue waters. Connemara is a Gaeltacht (Irish-speaking) area, rich in Irish culture, heritage and traditions. Led by an experienced driver-guide you will be transported into the heart of Ireland’s last wilderness, taking time to explain and enjoy the varied landscape that unfolds throughout the day. We visit Kylemore Abbey, ‘Ireland’s most romantic building’. Kylemore Abbey & Garden has a superb picturesque lakeside setting, surrounded by woodlands at the foot of the Twelve Pins Mountains. The Abbey which looks more like a charming fairy tale castle, is said to be one of the most admired buildings in Ireland, with its very impressive neo-gothic style exterior standing out against the backdrop of wild and beautiful Connemara. It was originally called Kylemore Castle and was built around 1863 as a residence for a wealthy English politician named Mitchell Henry and took about 5 years to complete. Kylemore Abbey & Garden is the home of the Benedictine Order of Nuns in Ireland who has lived there since 1920. In the Victorian Walled Garden a stream runs through its heart dividing it into Flower Garden and Kitchen Garden. You will see some of the most beautiful scenery in Ireland today as we pass by the natural harbour that is Killary Fjord which straddles the Mayo-Galway border and the scenic village of Leenane. Dinner is included tonight.

Day 7 – Today we finish in Knock known for its religious pilgrimages. You might like to join a guided-tour of the Knock Shrine grounds and learn about the fascinating story of the Apparition of 1879 and the ordinary people who witnessed this miraculous event. Visit the award-winning Knock Museum + the Basilica, home to the Apparition Mosaic, the largest mosaic of its kind in Europe containing over 1.5 million mosaic tiles.