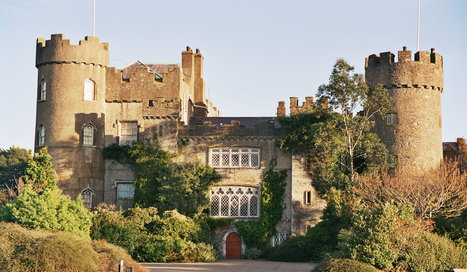 Historic County Waterford
From 4 days / 3 nights duration departures throughout the year
Private Minibus Travel in Ireland based on our suggested itinerary
3 nights half board at a 3 / 4* Hotel in the Waterford area
Excursions, entrances and guides as set out in our sample itinerary

Day 1 – Arriving in Ireland you will be transferred by private minibus to Waterford making a lunch stop en route to Wells House & Gardens (lunch payable locally). Discover the 400 year history of Wells House & Gardens with an included living house tour. Your guide in Victorian dress will bring you back to a time when the magnificent ground floor and bedrooms witnessed the stories of Cromwell, Rebellions and the Famine. Uncover the everyday lives of not just the families who lived in the estate but also their famed architect Daniel Robertson and their tenants, giving you a unique insight into the life of previous generations. The old stables at Wells House & Gardens have been converted into a welcoming Craft Courtyard which is a great place to pick up unique, lovingly made craft products for your friends, family and of course, yourself. Continuing on to the hotel and having checked in and freshened up, your evening meal is included.


Day 2 – Today is dedicated to Waterford where we begin with the ‘Epic Tour of the Viking Triangle’ where your guide will entertain you with 45 minutes of facts, fun and frivolity. The tour gives an engaging overview of the 1100 year old history of Waterford, Ireland’s oldest city. Unique in Ireland this tour does not expect its patrons to stand outside and subject to the vagaries of the Irish weather while being regaled with stories. Instead you are treated to a fascinating exploration inside no less than five national monuments that span some 1100 years of history and where some of the great events in both British and Irish history took place. Afterwards, you will have time to use your included combined pass for the Medieval Museum and the Bishop's Palace. In the Museum you will be introduced to Medieval Waterford as the magnificent curved façade of the warm butter-coloured stone building draws in the visitor. The eye-catching giant sculpture on the gable was inspired by a tiny 13th Century belt mount found in Waterford. It is Ireland’s only purpose-built medieval museum and the only building in the country to incorporate two medieval chambers, the 13th Century Choristers’ Hall and the 15th Century Mayor’s Wine Vault. Make time to see the stunning Heavens' Embroidered Cloths, Waterford's cloth-of-gold 15th Century vestments.
As a contrast, you can then step inside Georgian Waterford. The Mall is a beautiful walk about 200m long and faces the Bishop’s Palace, which adds a considerable beauty. This exquisite architectural jewel is now a museum and continues to delight over 250 years after it was built. The Bishop's Palace in Cathedral Square displays the treasures of Georgian and Victorian Waterford. The ground and first floors are laid out as a historic house with some of the finest displays in Ireland of 18th Century glass, silver, furniture and paintings. The oldest piece of Waterford Glass in the world is a highlight. The top floor continues the story up to 1970 ending with the Hucklebuck shoes. This afternoon we will visit the famous Waterford Crystal where a factory tour is included which will take your visit to Waterford to a whole new level. You will be taken on a journey to see exquisite pieces of crystal created before your very eyes. Returning to the hotel, your evening meal is included.


Day 3 – We begin today by visiting the Ros Tapestry, a unique project that has been ongoing since 1998 and has involved over 150 stitchers working on 15 very large tapestries depicting Norman history, linking many of the Norman sites in Ireland’s Ancient East. It is one of the largest series of embroidered tapestries in Europe. Each tapestry depicts a different significant event in the history of the town and surrounding areas and their tales are richly told in thread within the Ros Tapestries. The project was inspired by the famous Bayeux Tapestry to commemorate the Norman history of this area. To this end, a local artist was commissioned to paint the cartoons. The series of 15 large embroidered panels, each measuring 6ft x 4.5ft, is based on these original paintings, which show the history, costumes and way of life of Ireland in the 13th Century. The first tapestry was completed in 2002 and to date, 14 of the 15 tapestries are finished. The final one is being stitched in Kilkenny and is nearing completion. As work progressed it became obvious that the tapestries were too large to display in the church, and so in 2009 the Ros Tapestry Exhibition was opened on the Quay in New Ross.
Our next visit is to the nearby Dunbrody Famine Ship for your Irish Emigrant Experience which tells the story of famine emigration from the point of view of those who left. The brave and desperate, and above all, ordinary people who chose to leave everything they knew for an uncertain future abroad. Your tour takes you to the quayside of New Ross, where the Departure Exhibit will set the scene of famine emigration. Waiting for you is The Dunbrody, a 3 masted barque that will be your home for the month long trip to New York. On board, your tour guide will explain the harshness of conditions on the voyage. Costumed performers play the roles of famine emigrants, and bring the experience to life. At the end of the tour the Arrivals Hall will show you the fate awaiting those who survived the trip. It would take generations of hard work, and loyal service, before the Irish community were to become an accepted and respected part of North American society. Lunch can be purchased in the Hall of Fame Restaurant which is one of county Wexford’s most unique and spectacular restaurant settings featuring panoramic views of the dramatic River Barrow and overlooking the Dunbrody Famine Ship. The glass fronted, contemporary styled Hall of Fame restaurant sits on the first floor of the Dunbrody Famine Ship Experience in and has a reputation for delicious and well-priced food. Departing here we continue on to the Kennedy Homestead, birthplace of President John F. Kennedy's great-grandfather Patrick Kennedy. The homestead celebrates the story of five generations of the Kennedy dynasty and is still today farmed by his descendants. Joining the multitudes of Irish fleeing the Great Famine, Patrick Kennedy departed from this Homestead for the port of New Ross on a wet day in 1848 to set sail for the United States where his descendants were to become the world’s most famous family. The Kennedy Homestead is a unique Cultural Museum and Visitor Centre, celebrating this family history like no other. The Centre graphically illustrates a story of epic proportions, full of triumph and tragedy, moving from steerage on an immigrant vessel to the slums of Boston, from the Court of St. James to the White House, and the golden era Americans refer to as "Camelot". Our final visit today will be to Hook Lighthouse, the oldest operational lighthouse in the world where a guided tour will take you through the lighthouse with fascinating insights, stories and facts of this unique medieval building and its 800 years of the Lighthouse history. (Multiple stairs involved). We return to the hotel where your evening meal is included.


Day 4 – Checking out of the hotel after breakfast we travel to the National 1798 Rebellion Centre. During your visit you will meet the key figures of the Rebellion, participate in the state of the art 4D battle of Vinegar Hill Experience, discover how weapons from the period worked and learn in gruesome detail how some 20,000 insurgents faced the might of 10,000 well-trained and well-armed Crown Forces. The last visit today is to Malahide Castle where lunch can be purchased in the Avoca outlet before your included guided tour of the castle. Set in 250 acres of park land in the pretty seaside town of the same name, it was both a fortress and a private home for nearly eight hundred years. The Talbot family lived here from 1185 to 1973, when the last Lord Talbot died. It is unique in Ireland because the Talbot family managed to keep control of the castle for 791 years. The house is furnished with beautiful period furniture together with an extensive collection of Irish portrait paintings, mainly from the National Gallery.