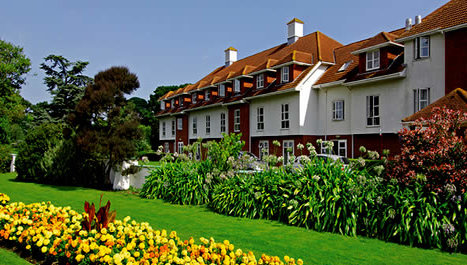 Hampshire and the New Forest

A ‘Round the Island’ Tour - A visit to the Isle of Wight wouldn't be complete without going 'Round the Island'. This tour takes you the traditional clockwise route taking in Ryde, Cowes, Shanklin & Ventnor, with stops along the way. The route along the southern coast line of the Island is quite spectacular and if you have never been to the Island before, this is a must-do day out.

Brading Roman Villa is one of the finest Roman sites in the UK. This award winning visitor centre and museum offers a unique insight into Roman life in Britain, from beautifully preserved mosaic floors to an extensive collection of Roman archaeology. It is housed within an award-winning ecological cover building and the Villa site sits within a designated Area of Outstanding Natural Beauty.

Quarr Abbey is a monastery which is home to a small group of Benedictine monks who strive to dedicate their lives to the glory of God, and whose day is characterised by rayer, work and community life.

Bembridge Lifeboat Station - Visit the heroes at this working lifeboat station which is located at the end of a long walkway. Most of the crew are local volunteers, some of whom have taken on the role from successive generations dating back to the 1860’s. A tour here can be pre-booked.

The Needles Old Battery - This is a spectacularly sited, cliff top fort overlooking The Needles Rocks, which is in the care of the National Trust.

For Walking & Rambling groups, the Isle of Wight is home to some of the most diverse walking routes in the UK and what better way to unwind than to get out into the fresh air and explore.

All entrances to attractions are payable locally.

The 3* Bembridge Coast Hotel - Isle of Wight is set within 23 acres of grounds and is one of the best hotels on the island. It has a superb setting as it sits on the secluded eastern shore of the Isle of Wight. Standing just above the shoreline, the hotel's lawns run down to the Solent and offer spectacular sea views and relaxing beach walks. After dinner enjoy an evening of singing, dancing and entertainment and you may find yourself jiving into the early hours. The entertainment team get the fun going followed by hilarious comedy or a dance with their fabulous band.