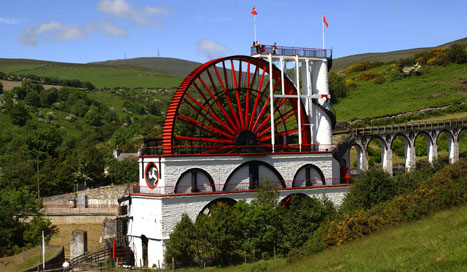 This tailor-made package includes executive coach travel throughout the holiday and from four nights’ accommodation on a half board basis at a 3* or 4* hotel on the Isle of Man to suit your group’s requirements. The content of your preferred itinerary will be discussed with you at the time of enquiry.

Day 1 - Travelling by coach from your selected departure point to Heysham, boarding an afternoon ferry crossing to Douglas. Hotel check in and dinner.

Day 2 - Cregneash Folk Village (MNH) is a living illustration of a farming and crofting community in the 19th and early 20th century. The small village, on an isolated plateau, was self sufficient with people proud to be Manx and speak the language. Port Erin is known as an old smuggling site because of the sheltered harbour. It was also a Victorian sea side dream and today it is a modern town with a beautiful beach. The Isle of Man Steam Railway. Travel between the south of the Island and Douglas on a Victorian railway, Sit back, relax and enjoy a journey through the beautiful and ever changing Manx countryside. Douglashas been the island's capital since 1863 and holds most of the island action. Its beautiful sea front is lined with picturesque hotels and restaurants.

Day 3 - The House of Mannanan (MNH) is where the Island’s mythological sea god welcomes you to his fascinating Kingdom and guides you through the Island’s rich Celtic, Viking, and Maritime past. Step inside a Celtic roundhouse; listen to Egodonas, the Celtic Storyteller and see Manannan speak from the gently falling waters of Spooyt Vane. The 19th Century Peel quayside allows you todiscover the sights and smells of a Manx Kipper Yard and walk through the quayside warehouse to discover ‘sailmakers’, ‘coopers’ and ‘chandlers’ shops. Peel sits on the west coast of the island and is the only city on the Isle of Man, and has the island's cathedral. Fishing has a long history in Peel as it once was the island's main fishing port. Known as the most Manx town of the Island, there is an old style feel to the place with many narrow streets and small houses near the coast. Peel Castle (MNH) is a magnificent castle which occupies the important site of St Patrick’s Isle.  The Castle’s Curtain Wall encircles the ruins of many buildings which are a testimony to the site’s religious and secular importance in Manx history. Tynwald Hill plays host to an open air meeting of the Island’s parliament once a year. The hill, which measures around 24m high, is thought to be made from piles of stones bonded together with soil from all of the Island’s 17 ancient parishes. It is believed that the open air ceremony, which takes place on July 5th, was established by Norse Viking settlers over a thousand years ago with the hill thought to have been built in the 13th century.

Day 4 - Rushen Abbey (MNH) is one of the most substantial and important medieval and religious sites in the Isle of Man. It was originally a home for monks of the Sauvignac Order in 1134 and later came under Cistercian control and was developed as the Island’s seat of religious power, housing the main body of knowledge and literacy for the Island. Castletown sits on the site of an ancient volcano and was the capital of the island for hundreds of years.. Tracing its origins back to 1090, Castletown is one of the oldest towns in the British Isles. Its narrow streets and small fishing cottages prove this ancient past at every corner. Castle Rushen (MNH) is one of the best preserved medieval castles in Europe; the Nautical Museum (MNH) is home to the world’s oldest yacht; and the Old Grammar School (MNH but free entry), is a fascinating building dating back to around 1200AD, when it was built as the first town church for the settlement that grew up around Castle Rushen. The Old House of Keys (MNH) is the former home of the Manx Parliament and centre of 19th Century political life on the Isle of Man. Animated portraits of Keys members and a simulated model of Mr Speaker bring the debating chamber to life. The Secretary of the House welcomes us to join in the debates on law setting in this participatory experience.

Day 5 - The Manx Electric Railway is unique and was built between 1893 and 1899 and is located on the eastern coast of the Isle of Man, connecting the towns of Douglas, Laxey and Ramsey. The line still operates with the majority of its original Victorian and Edwardian rolling stock in daily use along arguably some of the most scenic stretches of railway in the British Isles. The Great Laxey Wheel (MNH) is the largest surviving working wheel of its kind in the world and was built in 1854 to pump water from Glen Mooar part of the ‘Great Laxey Mines’ industrial complex. The impressive 22m (72.5 feet) diameter structure found immediate popularity and has remained one of the Island’s most dramatic tourist attractions for over 150 years. The Great Laxey Mine Railway has been lovingly restored andruns along the surface section of the tramway, which once carried lead and zinc ores from deep inside the Great Laxey Mine. Ramsey is the capital of the north and is the main town in the north. It is known as the island's agriculture town and was named by the Norse as 'Wild Garlic River', due to settlements nearby where wild garlic grows in abundance. In the past its harbours saw the shipping of livestock and seed as well as the start of many invasions upon its shores, most notably in 1079 with King Orry and then in 1313 with Robert the Bruce. Ramsey has an attractive working harbour and an excellent range of independent shops.

Day 6 - Return by ferry to Heysham and onward to your original departure points.