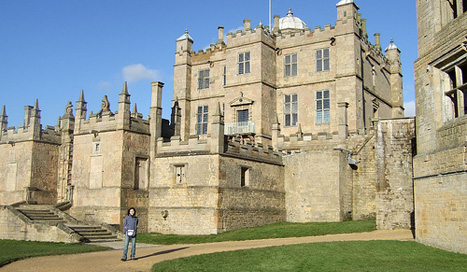 This tailor-made package includes executive coach travel throughout the holiday and from two nights’ accommodation on a half board basis at a 3* or 4* hotel in the Midlands area to suit your group’s requirements. The content of your preferred itinerary will be discussed with you at the time of enquiry.

Day 1 - 78 Derngate (NT) is a unique house which was remodelled in 1916-17 by renowned Scottish architect Charles Rennie Mackintosh for Northampton businessman Wenman Joseph Bassett-Lowke. The adjoining property, number 80, has been transformed from a small Georgian terrace into a modern gallery. It houses an exhibition about the 1917 design of number 78 and about Bassett-Lowke and his business. It includes a display of many fine model ships and trains. Canons Ashby (NT) is a late 16th century Elizabethan manor house, largely unaltered since 1710, which was the home of the Dryden family since its construction and the intimate and atmospheric interior contains wall paintings and Jacobean plasterwork of the highest quality. There is also a formal garden, an orchard featuring varieties of fruit trees from the 16th century, and a surprisingly grand church - all that remains of the Augustinian priory from which the house takes its name.

Day 2 - Wollaton Hall was designed by Robert Smythson and built by Sir Francis Willoughby between 1580 and 1588 and is now home to a natural history museum. The building is in the English Renaissance style and its central lower tower and flanking turrets are considered to be master piece. The original beehive ovens and charcoal stove have been fully restored and the kitchens furnished according to the 1601 inventory. Enjoy the sights, sounds and smells of an authentic working Tudor kitchen on event days. Set in five hundred acres of spectacular gardens and parkland, the park contains a wide range of important wildlife habitats- including wetlands, grasslands, woodlands and avenues of mature trees. Kedleston Hall (NT) is a classical Palladian mansion with one of the best examples of Robert Adam's interiors in England, which has seen very little alteration since its completion. The state rooms are on a grand scale and have particularly good collections of paintings and original furniture. A museum of remarkable furniture and artefacts collected by Lord Curzon when he was Viceroy of India from 1899 to 1905 is housed in the Eastern Museum. The gardens were landscaped in the 1760's as a fashionable 'Pleasure Ground' of the period and a 'ha ha' allows uninterrupted views of the parkland there are also numerous sculptures and architectural features. Bolsover Castle (EH) is an unexpected treasure in the heart of Derbyshire and dates back to the 12th century. It was re-designed as an elegant “party house” by Charles Cavendish where today you are transported back to the Golden Age of Chivalry and Romance. Here you can enjoy the fairytale Little Castle, designed as a fantasy entertainment house with magnificent wall paintings, visit the indoor Riding House where William, Duke of Newcastle, indulged his passion for training horses in balletic movement or wander around the beautiful Venus Garden, with its secluded love seats, 23 statues and fountain.

Day 3 - The Newark Air Museum located on part of the former World War Two airfield has a diverse collection of aircraft and cockpit sections which covers the history of aviation. The aircraft on display include 10 National Benchmark aircraft; 29 Significant aircraft and 18 Noteworthy aircraft as listed in the National Aviation Heritage Register. Doddington Hall is a much loved family home which has never been sold, since it was built in 1595 by Robert Smythson, one of England’s foremost Elizabethan architects. The original walled courtyards now enclose fabulous formal gardens whilst beyond the walls you will discover romantic wild gardens and nature walks. Lincoln and its stunning cathedral which featured in the film 'the Da Vinci Code'.

Day 4 - Melton Mowbray for a visit and pork pie demonstration at Dickinson & Morris’s “Olde Pork Pie Shoppe” who have been making traditional pork pies since 1851. Bosworth Battlefield has an interactive exhibition and the Ambion Parva Medieval Village. Travel through history, arriving in England in 1455 and journey through time to a modern day research science laboratory. During your journey you will witness the horror of medieval warfare and its effect on the country and people. The Ambion Parva Village is a collection of reproduction buildings combined to create the sense of medieval village life, bringing history alive.