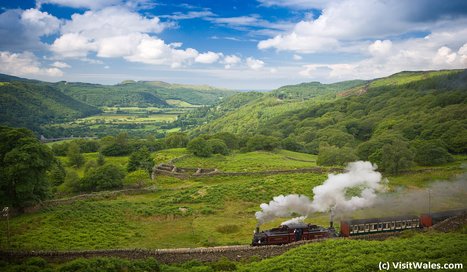 Walking Holiday in North Wales
This tailor-made package includes executive coach travel throughout the holiday and accommodation on a half board basis at a minimum 3* hotel in North Wales to suit your group’s requirements. The content of your preferred itinerary will be discussed with you at the time of enquiry.

Example of a Walking Holiday in North Wales

Day 1 - The National Memorial Arboretum located in the heart of the country, within the National Forest near Lichfield comprises of 150 acres of trees and memorials devoted to the concept of Remembrance. It is the home of the Armed Forces Memorial, a striking and emotive structure that gives recognition and thanks for those who have died whilst on duty or as a result of terrorist action since WWII and acknowledges the enduring sacrifice of those who mourn their loss. A light lunch can be pre-arranged after which you will gather at the Millennium Chapel of Peace and Forgiveness, where you will be given a welcome talk in the Chapel, a perfect introduction to the National Memorial Arboretum. The 60 minute Land Train Tour incorporates the outer lying points of the Arboretum and takes in many additional memorials with a complete and informative commentary.

Day 2 - Starting from Lion Quays Gobowen for today’s 7 mile walk along the canal to Pontcysyllte Aqueduct via the Chirk Tunnel and across Chirk Aqueduct. Board the ‘Thomas Telford’ for a 2 hour cruise (2.30pm – 4.30pm) where a freshly prepared Welsh Cream Tea is served on board just prior to departure. Tea and coffee is available to purchase in addition to a fully stocked bar. The cruise ends in Llangollen.
For the Non-Walkers

Day 2 - Portmeirion where you might be forgiven for thinking you were in southern Italy and not North Wales! This fascinating fantasy village built by Sir Clugh Williams-Ellis between 1925 & 1972 is set in sub-tropical gardens and woodlands and its beauty almost defies description. Porthmadog board the Ffestiniog Railway. This working narrow gauge line is home to one of Wales' most popular 'Great Little Trains', which once hauled slate to Porthmadog's quayside for shipping worldwide but which today is a passenger line. This 13.5 mile trip takes in wonderful Snowdonia scenery.


Day 3 - From Horseshoe Falls walk to the start of the Llangollen Canal on the outskirts of Llangollen. Llangollen Steam Railway. This heritage railway is located beside the historic Dee Bridge (built in 1345) and journeys 10 miles through the picturesque Dee Valley to the town of Corwen. The line follows the River Dee, classed as a Site of Special Scientific Interest (SSSI), for its entire length. This small section of line, which in its day crossed Wales from Ruabon to Barmouth, offers a sample of the sights and sounds of yesteryear passing through some of the finest natural beauty North Wales has to offer. Return to Llangollen for either;


A 5 mile walk along the canal to Froncysyllte, crossing the World Heritage Pontcysyllte Aqueduct - the largest aqueduct in Britain which is fed by water from the Horseshoe Falls. The aqueduct holds 1.5 million litres of water and takes two hours to drain. The structure is approx. 350m long, and the water runs through an iron trough which is 4m wide x 1.6 deep,
Or visit Chirk Castle (NT). Completed in 1310, Chirk is the last Welsh castle from the reign of Edward I still lived in today. Features from its 700 years include the medieval tower and dungeon, 17th-century Long Gallery, grand 18th-century state apartments, servants’ hall and historic laundry. The newly refurbished east wing depicts the life of Lord Howard de Walden during the 1930s. The award-winning gardens contain clipped yews, herbaceous borders, shrub and rock gardens.


Day 4 - City of Chester. Walk from Waverton along the Shropshire Union Canal via a set of broad locks (approx. 4 miles), follow the canal around the city walls to the city centre. National Waterways Museum. Designed by the great civil engineer Thomas Telford, the docks at Ellesmere Port were still in use as late as the 1950’s. They were a marvellously self-contained world and you can still walk around its locks, docks and warehouses and visit its forge, stables and workers cottages. Explore the handsome Victorian buildings, which house fascinating displays as well as the locks and moorings, home to colourful historic and visiting narrow boats.


Day 5 - The Wharf at Audlem, the start of 7 mile walk along the canal to Market Drayton. The walk takes in the flight of 12 locks at Audlem and a further 5 locks at Alderley en route.
Alternatively  Dorothy Clive Garden. The garden’s initial creation lay in Colonel Harry Clive’s wartime decision of 1940, to provide his ailing wife - Dorothy - with a ‘series of interesting walks’ as she battled with Parkinson’s disease. Unfortunately Dorothy died in 1942 but Colonel Clive continued work throughout the 1940’s and 1950’s, especially in The Quarry Garden which covers approximately 2 acres.
Market Drayton has been the home of gingerbread for the last 200 years. The half-timbered and red brick buildings in the town centre are dominated by the beautiful 14th century church which is built from local sandstone. Here you will find the tomb of Thomas and Elizabeth Bulkeley distant relatives of 3 presidents of the United States; Calvin Coolidge, George Bush and George W Bush. The church sits on top of a steep slope known locally as Phoenix Bank and its wooden doors date back to the 12th century. At the centre of the town lies the Buttercross, a lovely stone portico built in 1824 to act as cover for the local market stalls. The old town fire bell still hangs from the Buttercross in memorial to the fire that started in a local bakers shop in 1651 and almost destroyed the town. The town's most famous son, Clive of India, gave the French a culinary lesson. His "little pies" won the Guinness Best Pub Food Award. In later life he went on to defeat the French and thus secured the spice routes for the British Empire. It is believed that he is responsible for bringing ginger spice to the town.
Day 6 - Stratford-upon-Avon, a market town with more than 800 years of history which contains many buildings that would have been familiar to Shakespeare.

Simply Groups reserve the right to make minor changes to the itinerary due to circumstances beyond our control.